But don't worry, we can recommend this alternative 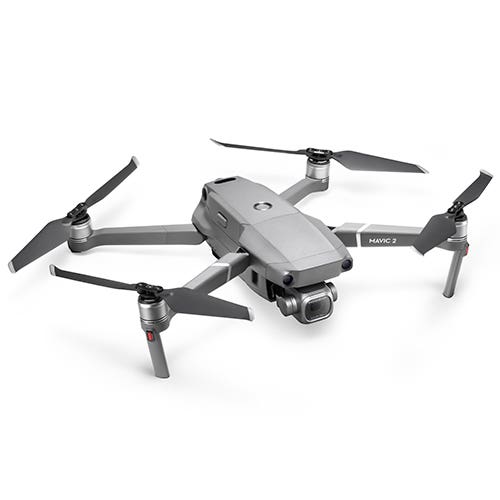 This new Quadcopter from DJI, the Mavic Pro Platinum is ideal for the space conscious user, able to fold down to a much more compact size during transport. In flight the Platinum is a more than capable performer, typical of the brand, with features such as a 7km range and top speed of 64Km/h. For recording your in air pursuits you are gifted with 4K resolution that is stabilised for smoother results, while a host of other inclusions such as GPS, Obstacle avoidance and WiFi make for a pleasing, versatile user experience. Extending on the prowess of the Mavic Pro, the Platinum allows for up to 30 minutes of flying time and is stealthlike in the air, thanks to 60% noise power reduction.

A silent and stealth-like, folding Quadcopter from DJI 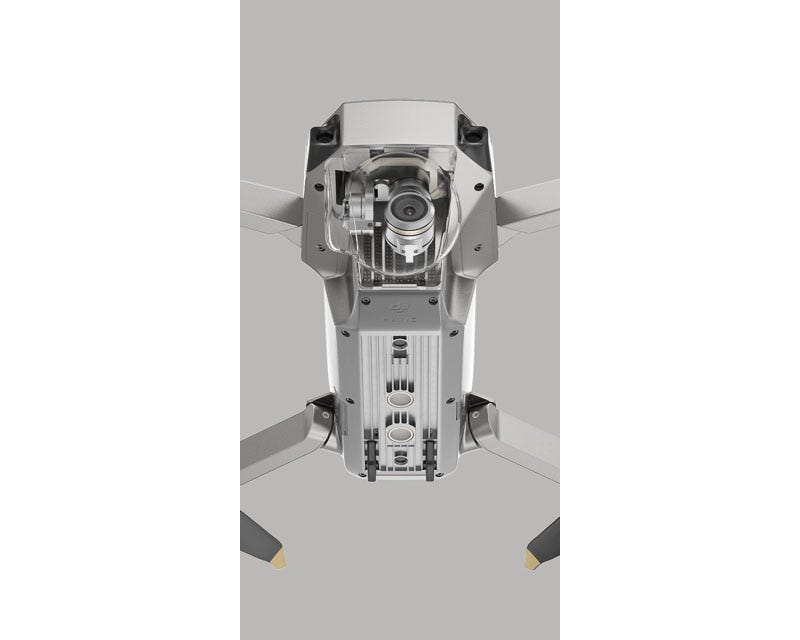 Keeping you up in the air for even longer than the previous version in this line, the DJI Mavic Pro Platinum has a battery life of up to 30 minutes. For incredible versatility the flight range of this quadcopter is 7km, allowing you to fly and shoot with freedom without risk of loss or damage to your unit. This safety is further enhanced by Obstacle avoidance technology as well as other features such as precision landing, automatic return to home, dual-sensor redundancy and much more. This functionality ensures your Platinum is up and running for longer and your valuable footage is safe from harm. In another unique update, the platinum features 60% noise power reduction, which equates to it being around 4db quieter than the Mavic Pro, so this is the Quadcopter to take with you if you don't want to be the centre of attention, you just want to have the best seat in the house.

Once you are up in the air soaring above the action, the DJI Mavic Pro Platinum delivers with recording quality that matches its flight performance. 4K video is available, as well as Full HD Video at faster frame rates, which can be utilised to produce slow motion videos for creative effect, while stills are available at 12 megapixels. To keep your footage smooth and free from bumps and grinds is a 3-axis Gimbal stabiliser, just one feature helping you to produce the most consistently excellent results possible. 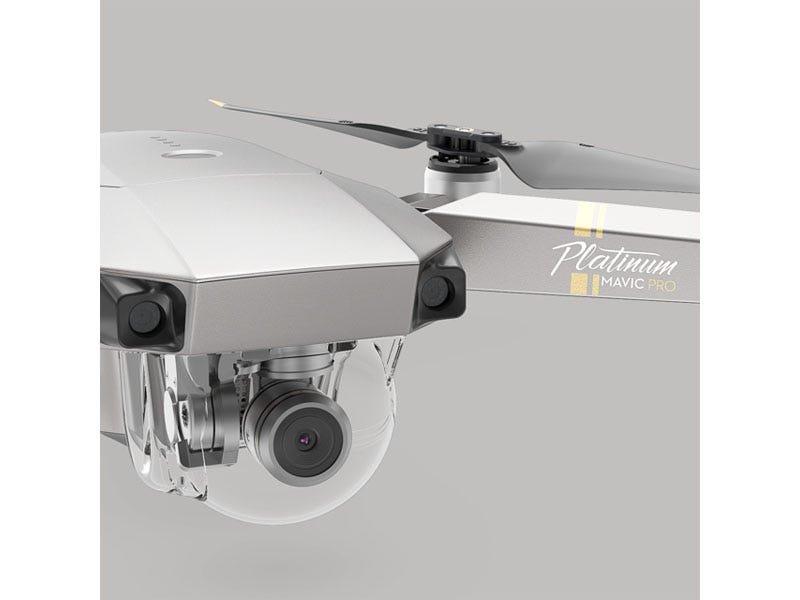 A host of controls are at your fingertips in the forms of the remote control and your smartphone, which you can connect to Via WiFi and the DJI GO app. This DJI GO app is an accessible and easy to use control centre for your Mavic Pro Platinum, aiding you to see everything your camera sees on your smartphone screen, control the camera, fly your quadcopter and customise the particulars of your units flight. As is the common pattern with modern devices, the Platinum's WiFi connection share your results directly to the rest other world, with minimal delay.

Other Key Features
Specs
In The Box
Reviews

Overview Specs In The Box Reviews