The Olympus Pro 300mm F4 lens is the latest in the line of super high quality Micro Four Thirds mount lenses. This extremely rugged and well constructed telephoto lens is ideal for Olympus Pen and OM-D users looking for a high quality optic for sports and wildlife photography. Featuring a 5-axis IS system and an optical design constructed of 17 elements in 10 groups, the Olympus 300mm F4 will deliver sharp, beautiful images every time.

The M.Zuiko Digital ED 300mm F4.0 IS PRO uses Olympus’ new “Sync Image Stabilisation” (IS) technology to achieve a world’s first six1 shutter speed steps of stability. It is also the first Olympus Zuiko system lens with optical-stabilisation. Used with an Olympus OM-D E-M12 or E-M52 Mark II camera body, the in-lens IS system combines with the camera body’s in-built stabiliser to achieve a level of stabilisation that is greater than either component. “Sync IS”, the name given to this new ‘co-operative’ image stabilisation technology effectively counteracts camera movements along five axes.
This extremely high level of stability promotes handheld super-tele photography; especially beneficial to field photographers and videographers who require their equipment to be extremely portable. 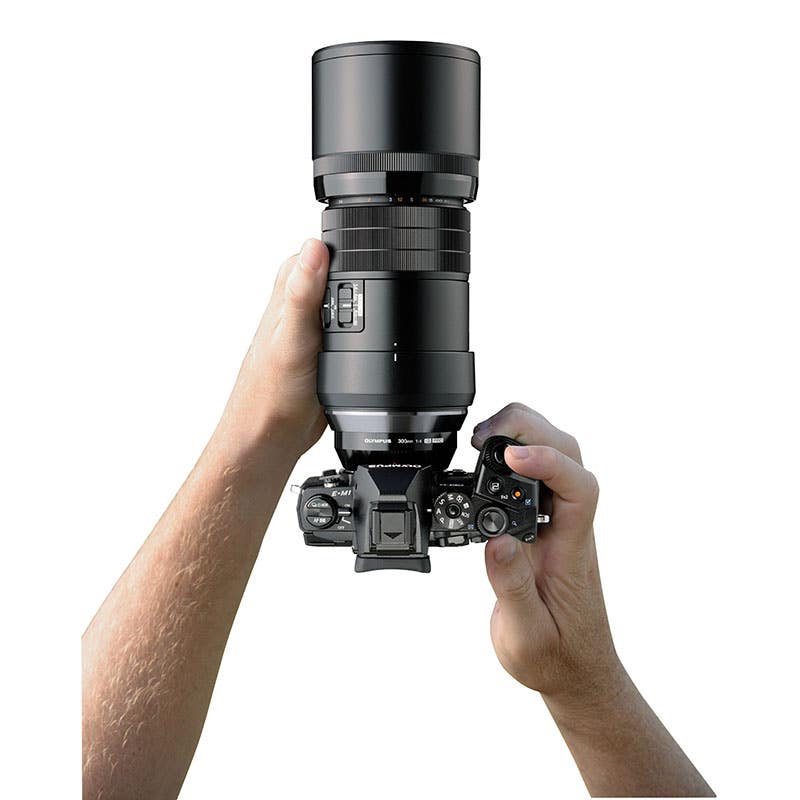