Be the first to review this product
Out of stock

But don't worry, we can recommend this alternative 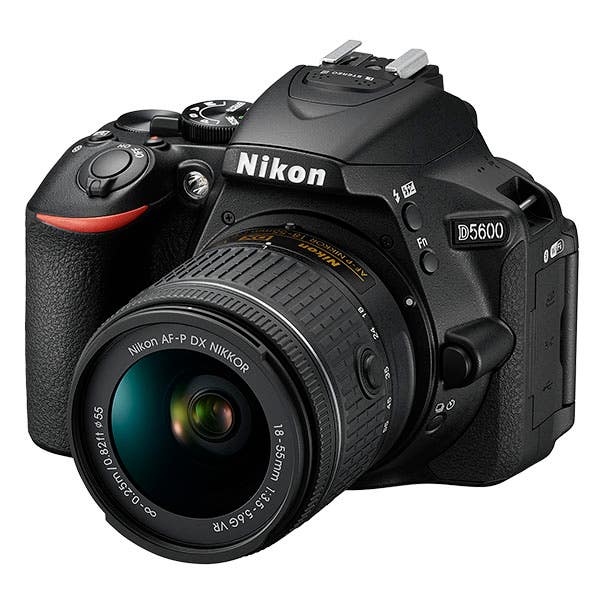 Do you want a camera with that little extra something? The Nikon D5100 Digital SLR is the camera for you. With automatic and Manual settings available with the turn of a dial the D5100 can be as simple or as complicated as you choose. This camera also offers several Special Effects modes, including miniature effect and colour select modes to give your images and video extra quirk. The D5100 comes sporting a 16 Megapixel DX sensor – the same sensor in the D7000 – which has great low light performance. You can capture Full 1080p High Definition video with full time autofocus, with the added benefit of a new horizontal swing monitor.

The D5100 is equipped with the same DX-format CMOS image sensor and EXPEED 2 image-processing engine as the high-end D7000 digital-SLR camera. These features enable capture of high-resolution images with excellent expression of tones. With standard sensitivity settings of ISO 100 - 6400 and additional increases up to Hi 2 (ISO 25600 equivalent), the camera offers improved capability with shooting under dim lighting, such as in the evening or indoors, and also produces better results with capture of rapidly moving subjects.

The High Dynamic Range (HDR) function captures two shots of varying exposure each time the shutter-release button is pressed, and then combines the two shots into a single image with a broad dynamic range. Resulting images beautifully recreate the scene as seen with the naked eye, even with shooting of backlit scenes, with little or no loss of detail in shadows or highlights.

3. D-Movie for recording and editing of Full-HD movies The D5100 is equipped with the D-Movie function that enables recording of high-definition movies (1920 x 1080p, 30p) exhibiting superior video quality. Autofocusing during movie recording is possible using contrast-detect AF. When the focus mode is set to full-time-servo AF (AF-F) and the AF-area mode to subject-tracking AF, the camera automatically maintains focus on a subject moving throughout the frame. The D5100 also offers in-camera movie editing functions that allow users to save a single frame as a still JPEG image or delete unnecessary portions from the beginning and/or end of movie files. What's more, the D5100 is equipped with built-in support for stereo audio recording via the Stereo Microphone ME-1 (available separately), and the mode dial and live view switch have been positioned on the same spindle in consideration of operational ease. The optional Stereo Microphone ME-1 can be used to record sound in stereo while also preventing noise caused by lens vibration being recorded during autofocus.

The first Nikon digital-SLR camera to offer Special Effects mode The D5100 offers special effects that can be selected and applied with both shooting of still images and recording of movies. Special effects are displayed with the view through the lens in the monitor before shooting or recording begins, allowing users to confirm the desired results in real time. Users can easily enjoy adding special effects to movies. This mode was adopted to respond to the creative intent of users searching for a way to express their own unique style and creativity. The Special Effects mode built into the D5100 offers seven special effects, including Selective Colour and Colour Sketch.

* RAW recording is not possible. Still images can only be recorded in JPEG (black-and-white) format. Only contrast-detect AF can be used.